No common name (open to suggestion) 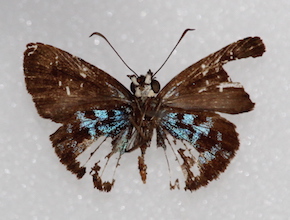 Variation: There is variation in the number of central and subapical spots on the forewings.